Joe Amisano (1917–2008)
American architect, especially known for his work in Atlanta. Born in New York, he graduated from Pratt Institute in 1940 and won a Prix de Rome in 1950. He joined the Atlanta firm that became Toombs, Amisano and Wells in 1954. | Obituary (AJC)

Construction workers stand in front of the hole that will become the Carnegie Way escalator entrance to the Peachtree Center MARTA station; 9.19.79 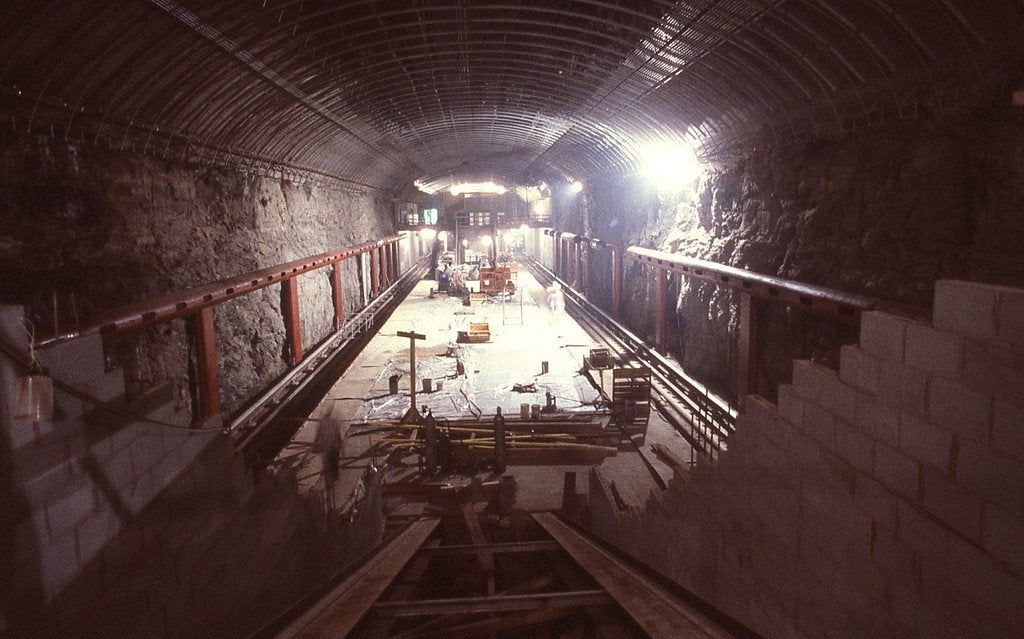 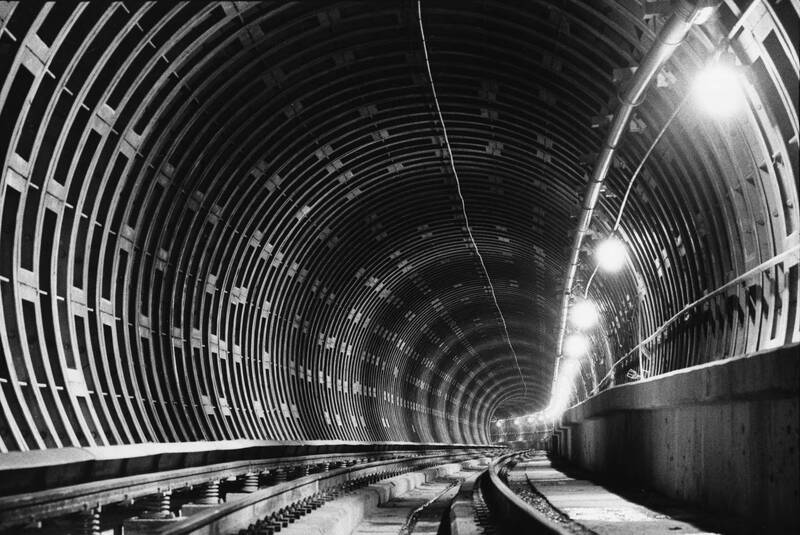 ​Covering 14 city blocks in downtown Atlanta, Peachtree Center is Atlanta’s largest mixed-use development. Portman Holdings worked with Prudential and Ehrenkranz Ehrenkranz & Schultz to finance this development, and build it in phases over fifty years. The complex has won numerous awards, including: a 1991 TOBY from BOMA for a Rehabilitated/Modernized Office Building; a 1988 Shaping of the City Award from the Atlanta Convention & Visitors Bureau; and a 1986 Community Development Award from the Atlanta Business League.

It was featured in an exhibition selected by the United States Department of State to represent the US in the 2010 Biennale Architettura in Venice Italy—illustrating how development and design can cooperate to create a lasting, positive impact on the world’s urban environments.

​John Calvin Portman Jr. (December 4, 1924 – December 29, 2017) was an American neofuturistic architect and real estate developer widely known for popularizing hotels and office buildings with multi-storied interior atria. Portman also had a particularly large impact on the cityscape of his hometown of Atlanta, with the Peachtree Center complex serving as downtown's business and tourism anchor from the 1970s onward. The Peachtree Center area includes Portman-designed Hyatt, Westin, and Marriott hotels. Portman's plans typically deal with primitives in the forms of symmetrical squares and circles.

Portman was born to John C. Portman, Sr. and Edna Rochester Portman. He has five sisters. He graduated from the Georgia Institute of Technology in 1950. His firm completed the Merchandise Mart (now AmericasMart) in downtown Atlanta in 1961. The multi-block Peachtree Center was begun in 1965 and would expand to become the main center of hotel and office space in Downtown Atlanta, taking over from the Five Points area just to the south. Portman would develop a similar multiblock complex at San Francisco's Embarcadero Center (1970s), which unlike its Atlanta counterpart, heavily emphasized pedestrian activity at street level.

The Hyatt Regency Atlanta, Portman's first atrium hotel, would lead to many more iconic hotels and multi-use complexes with atria, including the Westin Bonaventure Hotel in Los Angeles (1974–1976), the New York Marriott Marquis (1982–1985), and the Renaissance Center in Detroit (first phase 1973-1977), whose central tower remained the tallest hotel in the Western Hemisphere until the completion of 1717 Broadway in 2013.His signature work in China, the Shanghai Centre (1990), was the first of many major projects in China and elsewhere in Asia. The 5-star hotel inside, The Portman Ritz-Carlton, Shanghai (formerly Portman Shangri-La Hotel), was named after him. In 2009 Portman's work was featured in a major exhibition at Atlanta's High Museum of Art.
Portman was a Fellow of the American Institute of Architects.

At this time, there is are official works of art inside the Peachtree Center Station. There are, however, some magnificent pieces within walking distance of the station...

The MARTA Transit Oriented Development Guidelines typology classify Peachtree Center Station as an URBAN CORE station. The Guidelines define Urban Core stations as “…metropolitan-level destinations, at or near the center of the transportation system, where peak hour congestion is most challenging and where the region’s highest transit and pedestrian mode shares are achievable.”
CURRENT DEVELOPMENT 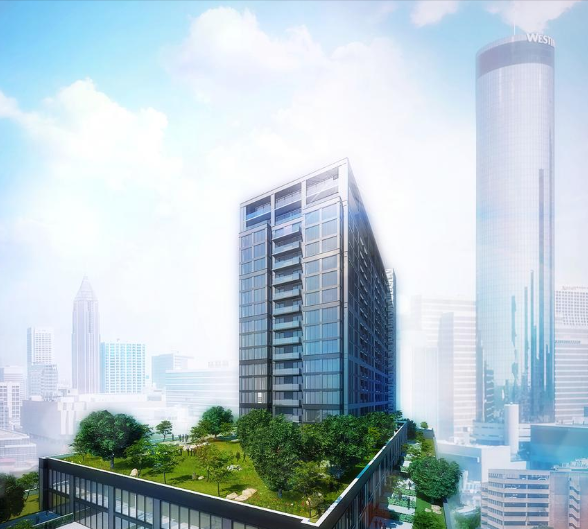 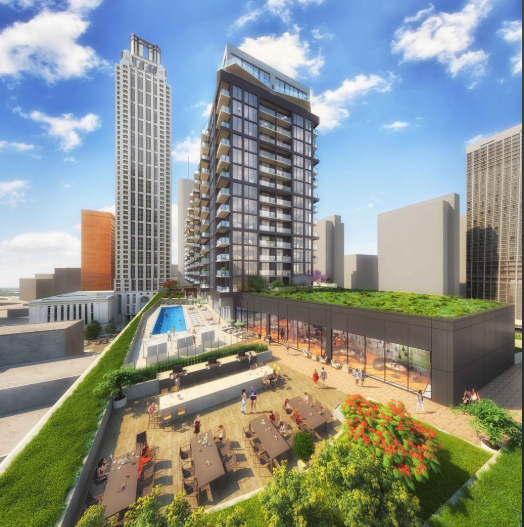 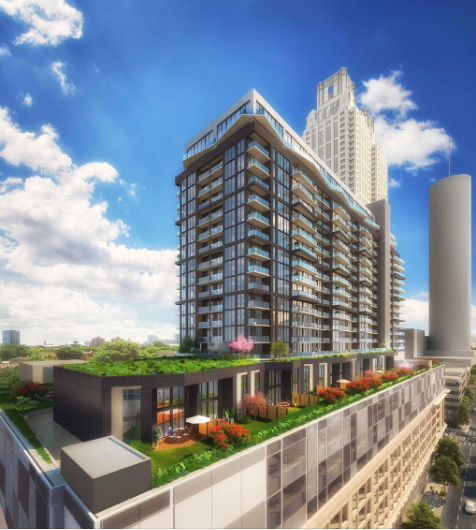 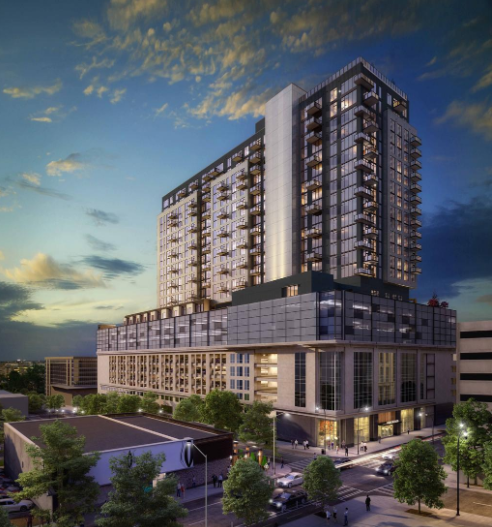 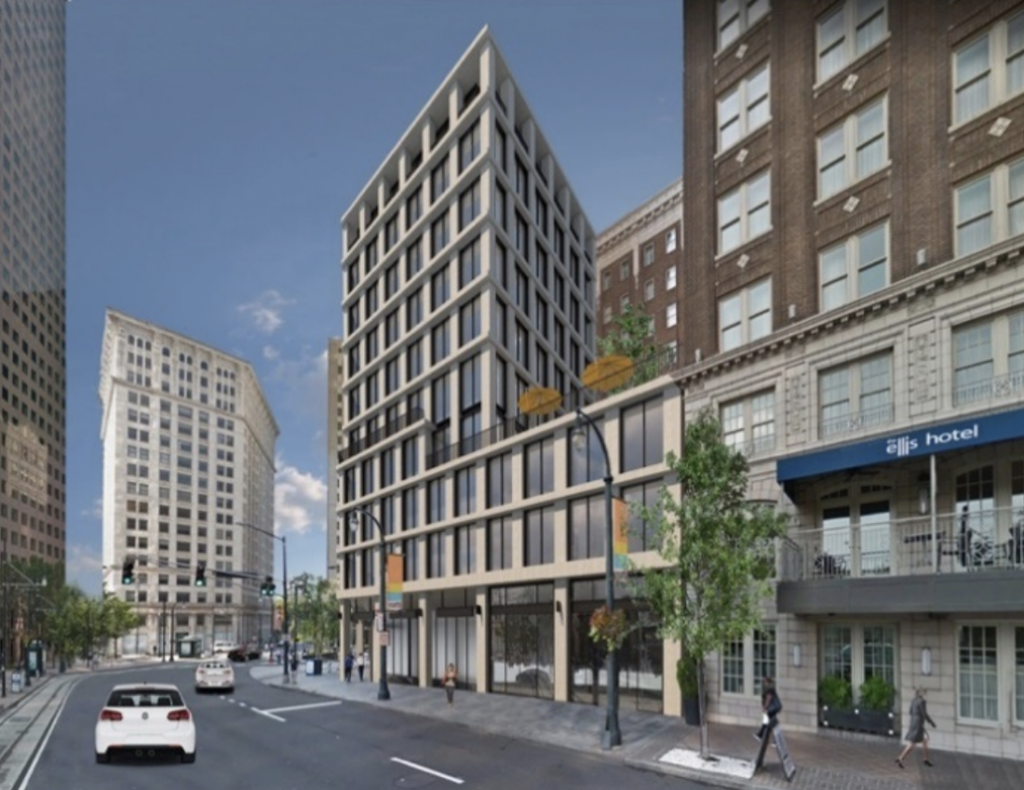 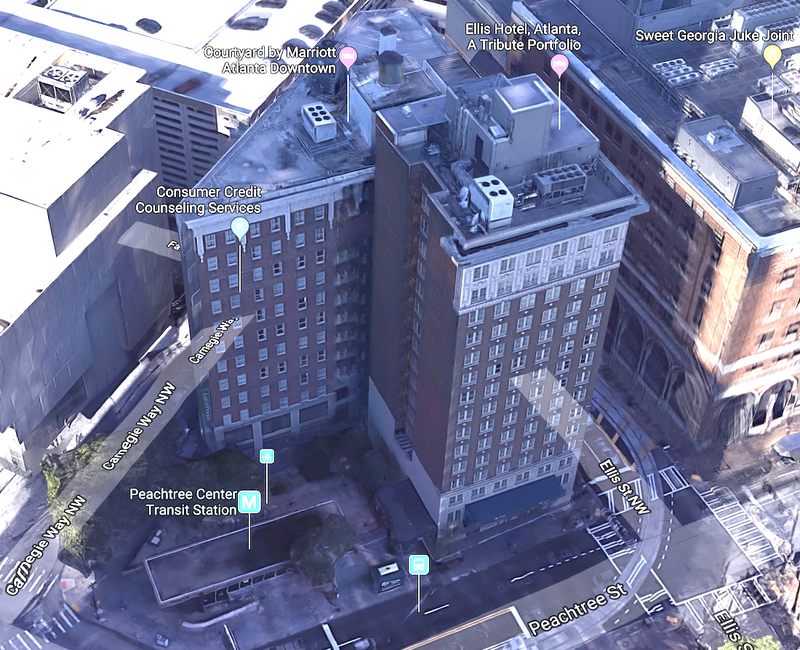 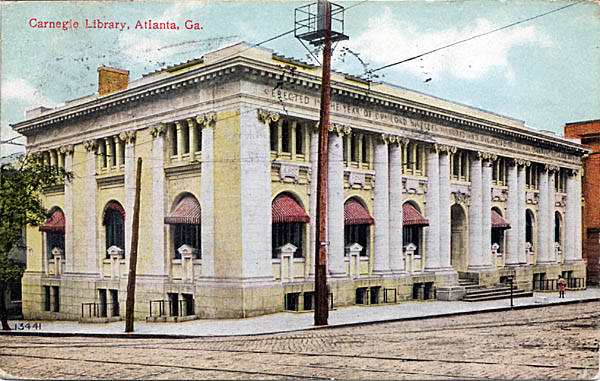 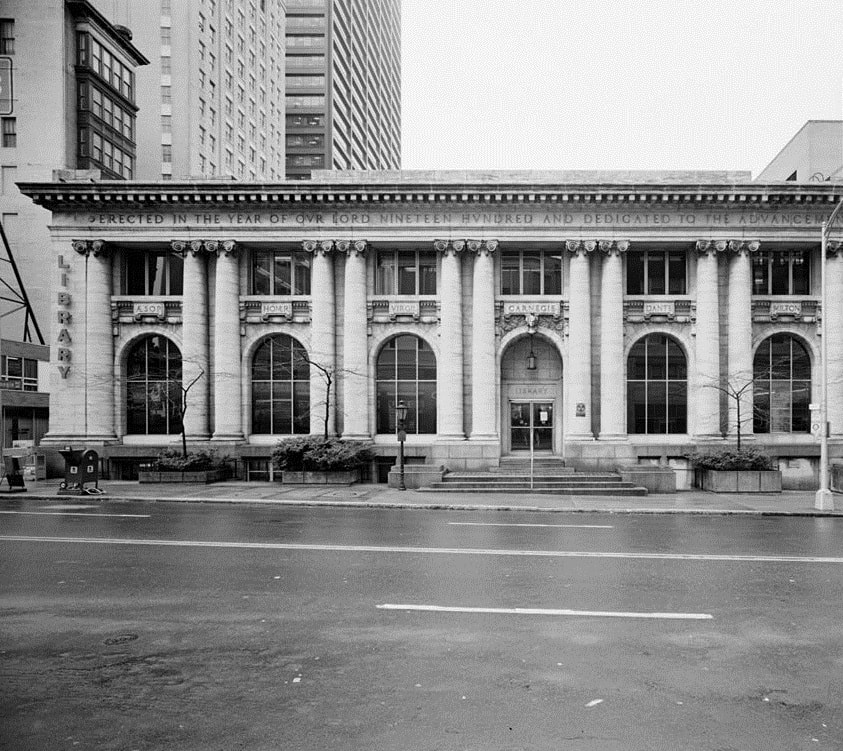 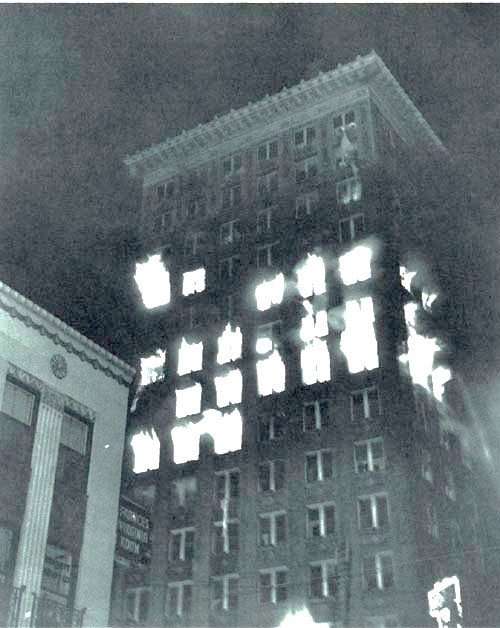 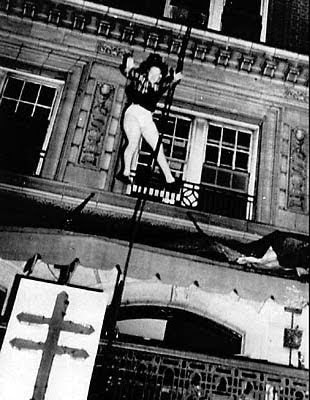